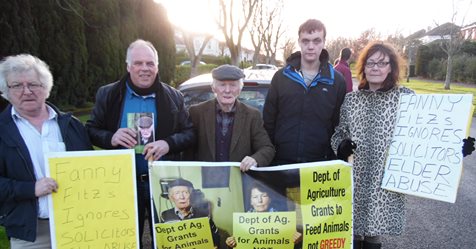 Its Sunday 12th March 2017 and its a little past 5.pm when Prime
Bling (PB) Your favorite on line digital entertainment guide arrives in
Castleknock a very well to do housing estate in Dublin City Ireland.
We are here today on an invite and the reason why anyone else is here
is that a peaceful protest has been called to protest directly first in the
housing estate where the Irish minister of justice and Tánaiste (Frances
Fitzgearald) lives, and then directly outside a house which has been
identified as that of minster of justice residence.

A movement known as A.C.T (Anti Corruption Taskforce) have
called this protest to highlight awareness over cases which they
allegedly state that minster of justice had been working on at their
request and has failed to get results in the correct time frame that was
stated or at all. They are also here to highlight other issues involving
the minster of justice and or cases which they allegedly claim where
not correctly investigated including the case of an elderly man by the
name of Micheal Gavin who alleges that he was conned by a solicitor
in rural Ireland and despite many a claim and promise nothing has
been done in the best interest of this elderly man’s case or in the correct
time frame.

When (PB) Arrived at the spot there were a few people standing
around, the first thing that was noted there were plenty of members
from the Garda Síochána (Irish Police) hanging about. Some were
cycling around the housing estate while others made their presence
known as they drove around in unmarked cars while a couple walked
up and down the road.

After some talk with some of these people it was discussed that the
minster of justice was not at home and maybe not even in the country
and they were at that time unsure which house was the intended house.
We hung around for a bit talking and every couple of minutes members
of the Gardai passed us either on the cycles or the cars. I got talking to
some of these people and some kindly agreed to be interviewed by (PB)
(Fionna) travelled up from Tipperary here in Ireland to be here today
she was with her son who lives up here in Dublin City. I asked her why
she came today she replied, she was sick of the injustice in our country
today and the way its been ran. Fionna also pointed out the amount of
Gardaí who were there and (at that particular time there seemed to be
more Garda than protesters)

(Fionna) Stressed that the amount of Gardaí who were there was a
total waste of tax payers money. Also some of the Gardai who were
there were Senior Gardaí figures on high pay.
(Gramah) Came out today to show support in solidarity to the
protesters, he too felt very strongly that the country is not been ran
properly.

While (PB) Was there local residents who at first looked bewildered
actually began to stop and ask what it was all about. Leaflets were
handed out and to everyone’s delight there was no negative talk from
any of the local residents who stopped by for a chat. For those who
didn’t stop or drove they could be seen reading the posters as they
drove on.

At a little past 6.pm the crowd grew as more protesters came, It was at
this time when a new Garda van could be seen parked up at the
entrance of the housing estate. While everyone stood around and talked
it was pointed out there was a drone flying overhead with some kind of
device hanging from it. When this drone stopped over the crowd in
mid-flight it appeared that the device on the drone was a camera.
Protesters then held up their posters directly at the drone which was
hovering above us and after a few minutes the drone flew away.
The crowd moved away back in towards the housing estate after it was
half confirmed that a house on the road was the minster of justices
home. While the crowd moved on up the road I stayed behind talking to
a chap who had a camera. The Garda van which was parked at entrance
began moving too and eventually passed us by, although this van had
blackout windows you could see the outline of those heavy yellow
jackets that the Gardaí do wear and this gave me an indication there
were more Garda personnel in the back of this van.

We joined the rest of the group who were standing outside a big house
there was at least 25 protesters there. I couldn’t help to notice that the
Gardaí felt or acted if they were nervous about been there. It would
appear by their behavior that they could, or they may have believed
that perhaps there was going to be trouble and they seemed to be ready
just in case with all the extra Gardaí Personal dotted in and around in
the cars and vans. I wouldn’t say that this housing estate gets this kind
of Gardaí activity every Sunday afternoon.

While I was standing there two more Gardaí pulled up in a car and they
got out and removed a poster that was put up on the bush directly
outside this house. They took the poster got back into the car then after
another few minutes got back out of the car and stood in the driveway
of this house like if they were guarding the house, It was at this stage I
knew for definite this was the right house.
Despite the heavy presence of the Gardaí there was no civil unrest from
any of these peaceful protesters, if anything they were very civil. One

man who tried to post a leaflet into the door was quickly removed by
the two Gardaí who were standing in the paved drive way.
(PB) Left at a little past 6.30 PM and it was confirmed that a letter
allegedly was to be handed in to the president residence at (Aras an
Uachtarain) in the Phoenix Park Dublin City.
Written by
Alan Finn. Prime Bling (PB) 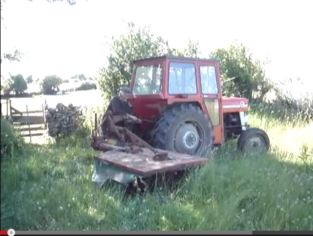 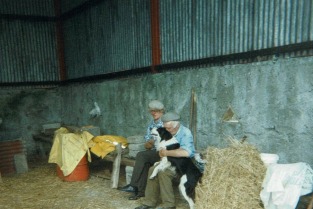 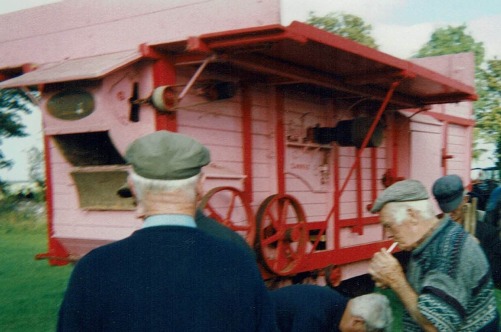