Here is a list of professionals and politicians that have blocked tweets from Elder Michael Gavin’s RIP. 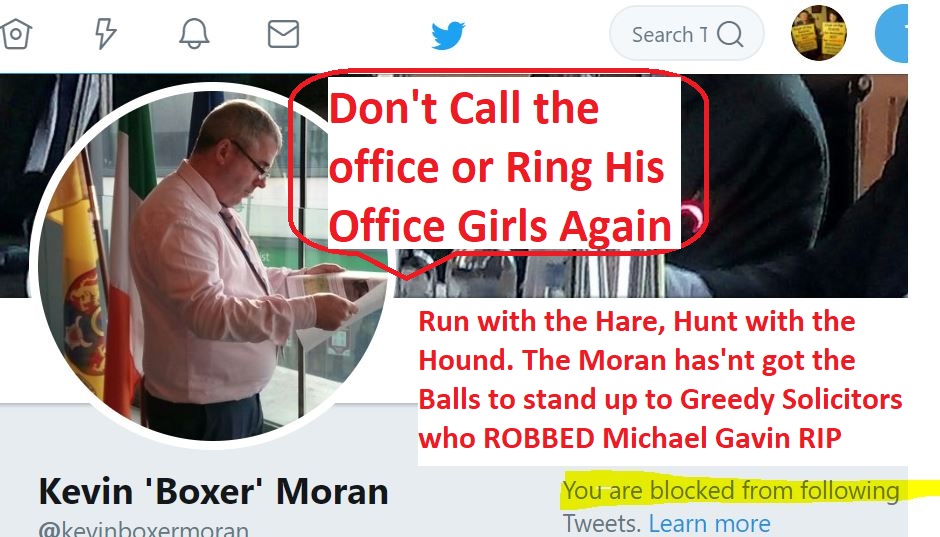 Minister of State for OPW and Flood Relief. Honoured and privileged to serve the people of Longford/Westmeath in Dail Eireann. All views personal. 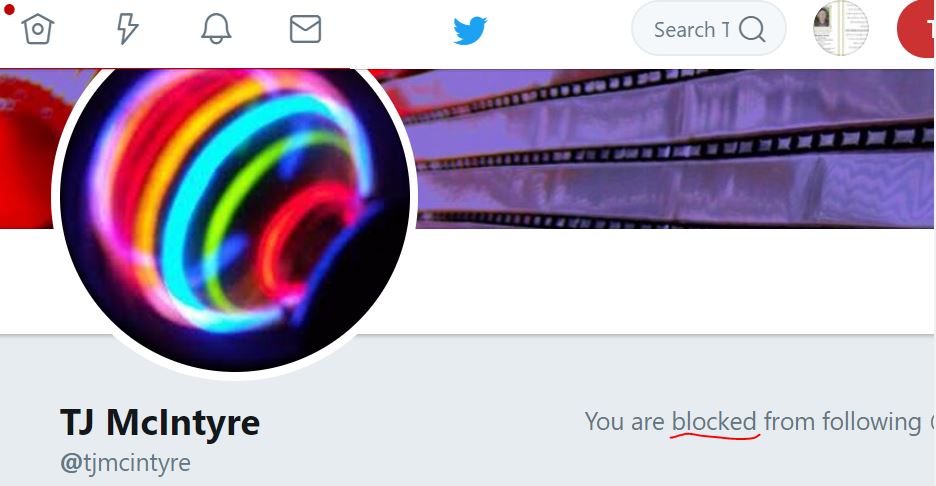 Policy Development Executive / Law Society of Ireland / All views my own. RTs not an endorsement.

Official account of the Press Service of the Court of Justice of the European Union.

Michael,
I’ve read you e-mails & blog and view your online video.
It is clear that you were very badly advised in the past not to have ensured that both you and your brother made a will to protect both sets of rights.
While there is no doubt that there are questions regarding the management of this case, the only way that these can be resolved and rectified is by the Courts.
In my 18 years in politics I have not nor will I become involved in family disputes of this nature because, in my experience, everybody loses and the only real winners are the barristers & their bank accounts.
I think that arbitration may have been useful at an earlier stage, but this ultimately is a dispute between the various beneficiaries of the will.
I’m sorry but I cannot be of assistance to you with regard to this matter.
I’m also sending a copy of this e-mail to your nephew, who has also made contact with me, on your behalf.
Yours sincerely,
Denis

My Respone email as follows:

However it was Mr. #RobertbMarren Solicitor the administrator for the Estate that should have taken the matter to the courts to have a Judge decide not demand the Elderly Beneficiaries to issue proceedings when there were objection.

#TonyHenry #TormeysSolicitors did nothing except sit on the files for 3 months. He was instructed by John Glynn Solicitor to write and phone Marren immediately to prevent him closing.

It appears that he too wanted to play God in the matter. Why if he was not prepared to act on our behalf did he not phone us and say so. A Solicitor not undertaken an instruction is a very very serious matter and many have been disciplined for same in the past according to the records on line which are referred to in the blog.

I doubt very much that Marren or Henry would work for nothing yet they appear to think that they have a right to play God in my case.

John Glynn helped us write many a letter to Marren on unheaded paper pointing out the fact that he should seek a court order to direct how the Estate should be Administrated.

Thank you for taking the time to read the blog!

However in view of the fact that you did, how can Marren holding on my 1/6 share and my sisters 1/6 share of the monies from the land sale for nearly 2 years be explained??

There is no good reason why Marren did not pay these monies to us when he received them!

What he did pay out in the end was €12,500 short of what we were entitled to plus interest with no acceptable explanation to date as to why he did same.

It appears he also refuses also to pay John Glynn the money he claims some €50k plus for his services…yet he had no issue paying T&N Mc lynn a year or so prior to closing.

Why do they continually scourge me with their petty battles, what has it got to do with me? and why does Marren threaten Eileen and I that he will not pay John Glynn bill while we seek justice through the law society. How are they related??

We are now told #WilliePenrose was not paid, not that we were ever given an invoice for his services, but Marren did deduct for it.

Eileen and i never met with Penrose and we only met with Marren once and all he wanted to discuss was us making our wills….what had that got to do with the Administration of my late brothers Estate, or what business was it of his anyway whether we had our will made or not.

It would appear that because Marren is the Son in Law of #AidanOCarroll a prominent retired #Solicitor in #Athlone that none of the Solicitors in the Midland are prepared to act on our behalf.

However we intend to expose the #INJUSTICE and #ELDERABUSE we have been subjected too in the public domain and thereby encourage more in our situation to stand up to the Bully Boy tactics lies and deceit that our justice system is riddled with.

I am 83 year of age and I do not deserve to be treated in this fashion. I have worked hard all my life and never wronged any man and if a pair of white bellied bast***S think they can take advantage of my Elder Widowed sister and I they have another thing coming.

Did you have a chance to read the repulsive letter Tony Henry of Tormeys Solicitor sent to Eileen yesterday(copy attached), we were deprived of sleep and up half the night scribbling a response to same. They call them selves educated and he had the cheek to  criticizes my signature, what has he a scratch of a line get more from a 2 year old, at least mine spells out my GOOD name. We are not satisfied with the service on offer in this country to deal with this Injustice and Elder Abuse and as far as we are concerned a country that does not look after its Elderly is no country. To date the only real sympathy and support we have received is from the ordinary people while the rest of yea pluck out one excuse or another as to why yea cannot or do not help out in these matters. Well yea wont sweep this under the carpet and hide away from the facts we have copies of all the correspondence and recall  what went on.

Have a nice day!

Denis Naughten TD met with Eileen Linney, Mike Gavins sister in #GulliansHotel on Friday 19th June 2016 after 10:30am. He stated he did not get involved in family disputes as its against the constitution. Eileen explained what was owed to her brother Mike Gavin and herself and gave details of the amount due to Mike Gavin for his work done over a 9 year period. She explain that she did not own any cattle yet there was €3,700 deducted from her share plus €12,500 from the land sale , a further €116,000 plus €12,500 from the land sale was deducted for her brother Mike Gavin  by Robert B. Marren Solicitor.

Denis Naughten TD stated for them to get a Solicitor and write to the Supreme Court – #SusanDenham. Eileen stated Robert Marren was appointed to administer the estate which he didn’t do and Denis Naughton stated the Judge who appointed him would have agreed with what he did. Denis also stated he did not like the information on Twitter about himself and or #RobertTroy.

Well Denis we don’t like the fact that you did nothing for us. How come it was Clare Daly TD who attempted to question Tanaiste and Minster for Justice re #Roscommon #Gardai entering Elderly Mike Gavin’s Home? Where were you Denis Naughton TD. As for twitter don’t you recall you blocked @michaelgavin83 as did #RobertToryTD, although Troy did go on to sign one of Mike Gavin’s petitions on the day of voting.

Our justice system is repeatedly and systematically failing us. Worse than that, it seams that many of those in exalted positions of authority such as yourself Denis Naughten TD, Robert Troy TD, #WilliePenroseTD, Tony Henry Tormeys Solicitors Athlone,  #TonyMcLynn T&N Mc Lynn Solicitors Athlone, Robert B. Marren Solicitor Mullingar, #PeterDJones State Solicitor #Mullingar and the #LawSocietyofIreland are greatly abusing our trust. It would appear that in #Ireland if the perpetrators are in any way “connected” then our justice system is far more likely to throw up a wall of protection and denials around them.

Have a Nice Day!

Against the constitution to stand up to Solicitors Corruption and Financial Elder Abuse DENIS NAUGHTEN??

To commit fraud is an offense in Ireland. But the prosecution will depend very much on where you reside on the social scale!

Peter Jones is the #FiannaFail appointed State #Solicitor for #Westmeath. He is now more than 2 decades in this position. Peter Jones is a right wing conservative on moral issues and he has been against every piece of reformist referenda for decades, including the Divorce Referendum of 1995. Only a few years ago, Peter Jones had 8 #PENALTY POINTS corruptly and illegally removed, a matter which appeared in the Phoenix Magazine at the time. Peter Jones is now threatening an 83 year old farmer. Is it not enough for 83 year old Mike Gavin to have been defrauded of a large sum of money by Mr. Jones’s friend and fellow Mullingar solicitor Robert Marron? Is there nothing so low as to what the legal profession in Mullingar will stoop to? Just as you thought that they could not sink any lower by defrauding an elderly farmer, they are now threatening him. 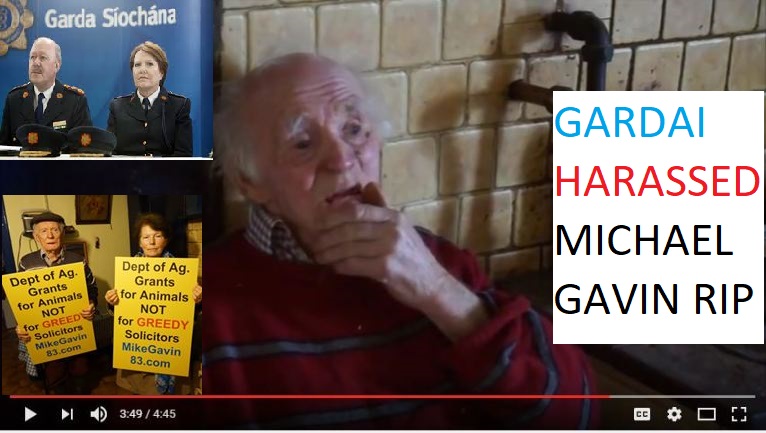 On Friday the 20th of May a local Garda and #Roscommon detective called to Mike Gavin’s Home, Dundonnell #Taughmaconnell. They were told Mikie was gone to Mullingar (Protest). They said they wanted to see Mikie re the #Fraud “Thing”.

They called back the next day despite the fact that Mike’s sister Eileen called them and told them that they were sending their Fraud file to Dublin when it was complete.
They came regardless and told Mike’s sister it had nothing to do with her and they wanted to see Mike Gavin. Mike’s sister locked the door and told them repeatedly out the window to go away and leave them alone and eventually they did.
3 Gardai returned Wednesday when and got Mike home alone. Mike Gavin describes here what happened.
Share and Expose the Blue Bully Boys working for Peter D. Jones 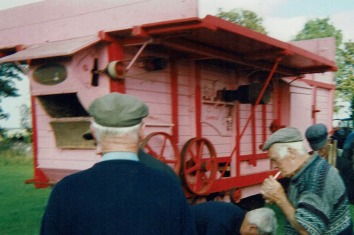 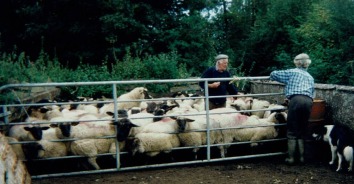