A High Court Special Summons was sought to sell the roof over my head among other things by Tony Mclynn Solicitor Athlone.

Bearing in mind that they and their Solicitor Tony Mclynn Solicitor of T & N McLynn, Athlone were well aware that I was entitled to live in the home for the rest of my days per my father’s will which they were all furnished with a copy of. As I recall I was required to attend the high court on 3 separate days, the first of which they did not attend.

On the second day I was informed by my barrister Donal Keane B.L. that they were in another room with Tony Mclynn Solicitor arguing amongst themselves, and then finally we got before the judge on the third day.

#TonyMclynn #Solicitor #Athlone summoned Michael Gavin RIP to the #HighCourt in an effort to sell the roof over his head along with the lands among other things knowing full well that he was entitled to reside in the house for the rest of my days a https://t.co/XBCUoySJyIpic.twitter.com/YD3BbD2M7a

Bones of Contention with the Beneficiaries and their Solicitor Tony Mclynn Solicitor of T & N McLynn Athlone;

They with the help of their solicitor Tony Mclynn Solicitor summoned me to the High Court in an effort to sell the roof over my head along with the lands among other things knowing full well that I was entitled to reside in the house for the rest of my days as per my late Fathers will.

They with the help of their solicitor Tony Mclynn Solicitor tricked me into minding the estate animals and broke promises that they would buy food nuts for the animals and also promised me that I would be compensated for minding the animals at closing and awarded the grant monies from the department of Agriculture.

They prepared and tricked me into signing their lease agreement on 27th August without providing me an opportunity to read over same carefully or to consider the matter. Consequently I was forced to get legal advice in order to amend a number of your conditions including my agreement to “having fully restored the lands to grassland by ploughing and reseeding by no later than the 31st of July 2015.” Lands that were never used for tillage, and even if they were who would commit to a short term 1 year lease with that condition.

This appears underhanded to me and highlights the inadequate professional service provided by Solicitor T&N McLynn, Athlone. It is not of a quality that could reasonably be expected of a solicitor and served no purpose other than to force me to incur additional unnecessary expenses for legal advice to draft letters in response to the lease agreement they tricked me into signing. I would question also whether T&N McLynn is guilty of Misconduct by tending to bring the solicitors profession into disrepute. It is worth noting also that I was never provided a copy of Solicitors T&N McLynn’s Bill of Costs. 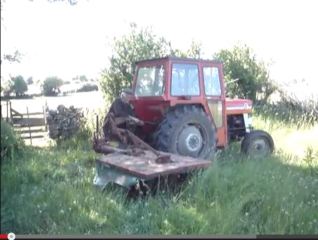 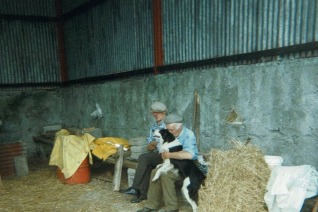