Please Support Michael Gavin Elderly 83 Year Old Irish Farmer by Signing Petition
Please find details of letter Mr. Henry of Tormey Solicitors sent to my Elder Sister Eileen Linney
This is totally unacceptable to us. It is not of the quality that could reasonably be expected of a Solicitor and resembles the act of a cowardly bully picking on a defenseless Elderly widow seeking Justice as the result of his reluctance to undertake a simple basic yet crucial instruction, namely to phone and write Mr. Robert Marren immediately.
Our Family Solicitor called Eileen 12/08/2015 and said Tony Henry Tormeys Solicitors Athlone was on the Phone to him whingeing that we are exposing his letter in the public domain.
Well what else can we do when
Tony Henry of Tormeys Solicitors Athlone would not undertake the instructions given him on our behalf through John Glynn Our Family Solicitor.
Some months back we were informed that the Solicitors in the midlands would not challenge Mr. Robert Marren because he is the son in law of a prominent retired Solicitor from Athlone Aidan O’Carroll. While some Solicitors un the area will entertain the idea of suing Mr. Marren they are reluctant to assist us in preparing grounding affidavits against Marren and Henry in order to file a case against them to the Disciplinary Solicitors Tribunal.
We intend to file cases against Mr. Marren and Mr. Henry to the Disciplinary Solicitors Tribunal as soon as we have the grounding affidavits prepared even if we have to seek assistance overseas to help us prepare them, and we believe Justice will be served there.
Robert Marren Solicitor, Castle Street Mullingar refused to deal with our well founded objections and instead of taking the matter  to court as we instructed him to do he passed the book to me Michael Gavin 83 Years Old, threatening that he would close unless we issued proceedings to prevent him.
Tony Henry then did not contact Marren to object on our behalf as he was instructed, nor did he inform us so we could engage another Solicitor to challenge Mr. Marren.

There are numerous issues that need explaining including the following;

I want Justice in this matter and will continue to share my story of Elder Abuse Wide and Far until my demands are met.

You see I believe with every bone in my body that a grave injustice has been served to my elder sister Eileen and I (83 years old) at the hands of the beneficiaries of the Estate and the Solicitors namely Robert Marren,  Tony Henry Tormeys Solicitors, Athlone and T & N McLynn Solicitors, Athlone.

I believe that it is they that need explain their reasons for treating my sister and I in the manner that they did.

I would be much obliged if you would email marrensolrs@eircom.net, thenry@tormeys.ie,complaints@lawsociety.ie and express your dissatisfaction at what has occurred in this matter. 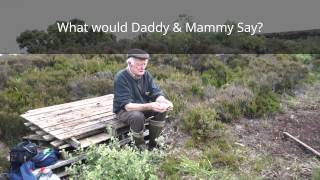